Here’s a really fun, straight forward recipe you can make with the family that’s super easy and yummy too! I decorated these with my children and they took them into class for the school Christmas fair.

I often use rice cereal to form parts of 3D cakes where cake alone just wouldn’t work or for a really solid structure so that it’s still edible but firmer than cake would be. This recipe however is different in that it contains more butter than I would usually add as it’s designed to be a softer eat. I’ve used sugar eyes you can pick up in most supermarkets now but if you can’t find those you could use chocolate drops or something similar.

You can form it in any shape tin really but I’ve used an 8″ round which I cut into 8 segments. Because the batch I made were for the children to buy at school I actually ended up cutting each segment in half across the middle to make two shallower slices. So I got 16 slices from one tin but you don’t need to do that and could just keep it as 8 deeper ones. 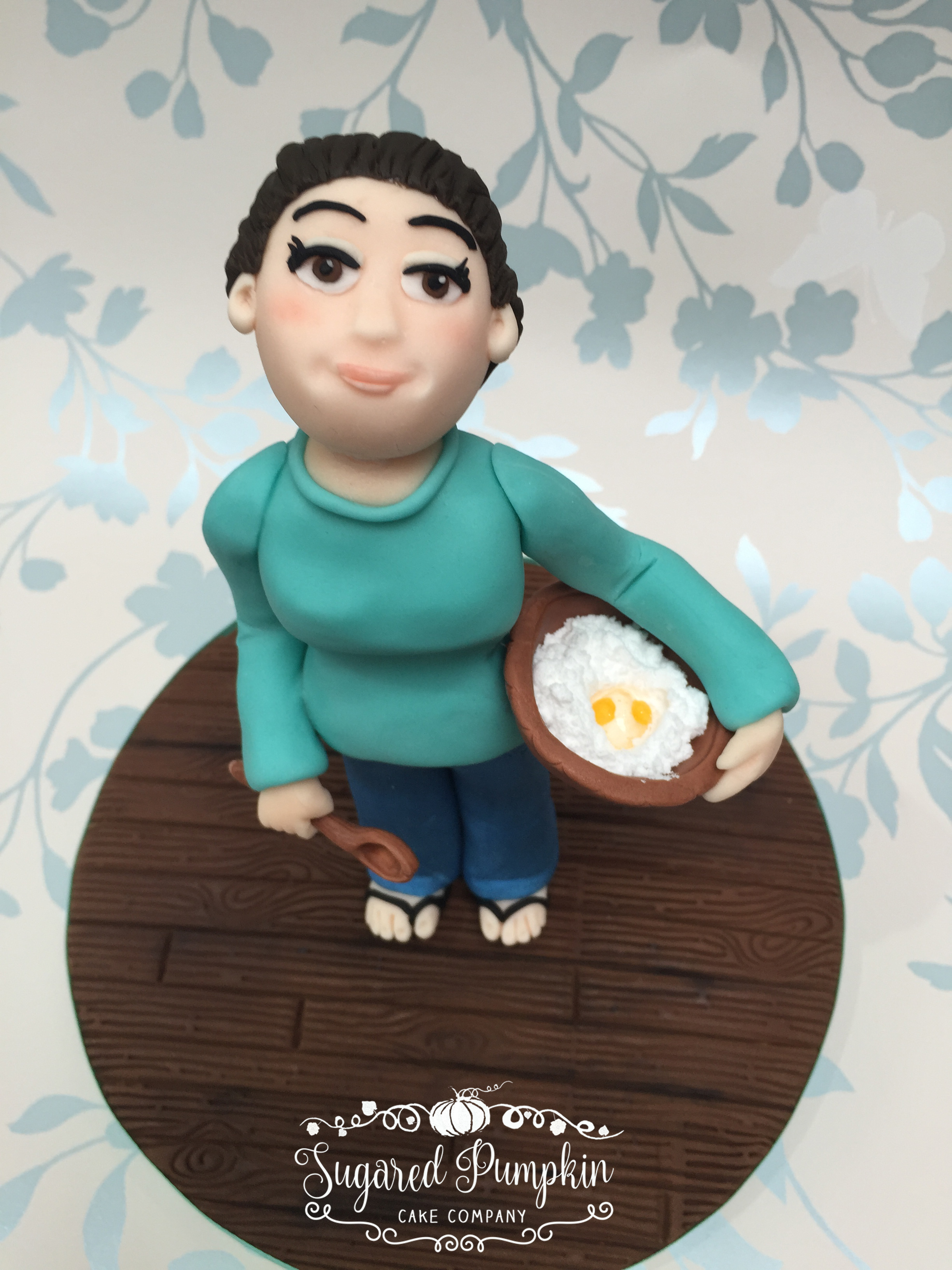 I've been making cakes professionally for years and enjoy the challenge of creative and new designs. Plus I love researching new techniques and trying new ways of decorating! Sugared Pumpkin provides cakes for all occasions across Sussex and Surrey and I love meeting my customers and seeing what an impact the perfect cake can have on their event. The job can be pressured sometimes - people are relying on me for the wow factor - but I wouldn't have it any other way. It's amazing to be part of so many special events in such a small way, and to contribute to people's celebrations.

Find us on social media